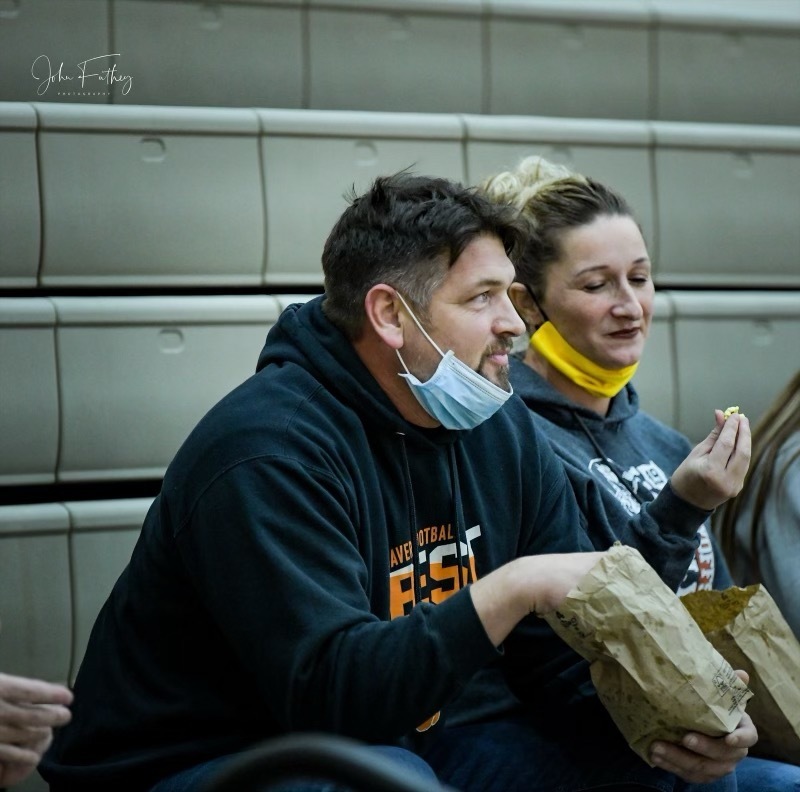 The anthem that went national

Most Friday night high school basketball games are fairly predictable. The fans enter the gymnasium, the players warm-up, the national anthem is played and the starting lineups are announced before the game begins. On the average night, most of the excitement that takes place occurs between the lines on the hardwood after the ball is tipped off. This night, however, proved to be different from the very start.

Johnny Futhey is a Waverly parent who has two sons on the Waverly basketball team and happens to take photos at the Tiger games. According to Futhey, the Tigers’ tilt with the West Senators last Friday evening looked just like any other leading up to the playing of the National Anthem, “I was on the court getting ready to take pictures of the game and noticed that the public address announcer was having some trouble getting the anthem to play. He seemed frustrated and even threw his hands up in the air in frustration at one point.” There was a long pause and it seemed to everyone in the gym that the National Anthem would be skipped over due to technical difficulties. Futhey says that just when it seemed like there wouldn’t be an anthem, Vickie June Brown nudged her husband Trenton and he delivered, “There was this period of silence and then Trenton’s wife kind of nudged him and told him he should sing and all of a sudden he belts out this amazing rendition of The Star Spangled Banner.”

There are multiple videos depicting the awe-inspiring event, and it seems the moment could not have been scripted any better. This is likely the reason it has received the response that it has received according to Futhey, “When Trenton began to sing, I picked up my phone to record it because it was such an awesome moment. I didn’t take the video thinking it would go viral or anything, I just thought it was such an awesome moment.” Perhaps the aspect of this story that makes it so incredibly impressive according to Futhey is the impact of Brown’s singing voice, as well as the spontaneity of it all, “He absolutely killed it, you couldn’t have hired someone to sing it better in that moment. It was also totally impromptu; it definitely wasn’t anything planned at all.”

As for Brown’s take on the event, there wasn’t anything too out of the ordinary about the moments leading up to the performance, “It was just a normal day at the game, I went to get some popcorn and a Mountain Dew and sat down on the bleachers to watch the game.” When the opportunity presented itself however, Brown decided to make sure the National Anthem was played, “My wife just kind of elbowed me and I decided to just start singing.” What would happen in response to this decision was something nobody could have seen coming.

The original video that Futhey posted to his Facebook page has now surpassed 1.5 million views and has been featured on national news networks such as CNN, ABC, NBC, and more. Brown’s son Zeke is a player on the Tiger basketball team and poured in 10 points to help the Tigers beat the Senators 72-44 in that night’s game. Trenton says the now viral video was originally something he used to joke with his son, “When we got home that night everyone seemed really excited and when my son came home I joked with him about who the real star in the family was. We had no idea it would get the response it did.”

The next morning, the Brown’s headed up to Tiffin University for Zeke’s commitment to play his college football there. On the drive up, Brown says he and his family watched the video’s numbers climb, “Originally, even when it had a few thousand views it was mostly friends and family and I still didn’t expect too much to come from it. I even told my wife not to worry about anything crazy happening because it wasn’t close to a million views yet.” It wasn’t too much longer, however, before Brown realized this would become something special. “When it got up to four hundred thousand views it started to seem big, then the National Desk and some other big media outlets picked it up and it just continued to take off from there. It’s been crazy.”